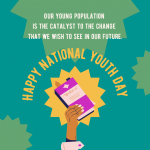 With respect to a great leader, monk and a philosopher, 12th January is celebrated as National Youth Day, also known as Swami Vivekananda Jayanti. A key figure in introducing primitive India to practices of Hinduism, Vedanta and Yoga, Swami Vivekananda

An educationalist, a philanthropist, a prolific Marathi writer and most important, an Indian social reformer. Born on January 3rd 1831 in a small village called Naigaon in the Satara district of Maharashtra, Savitribai Phule was all of those, and much 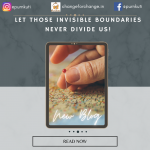 Hey, you are black just like those Africans! Why do people from your region look the same? Hey, your accent is weird, people from your community always happen to talk in that weird accent right! You belong to a lower 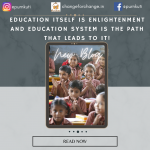 Education Itself Is Enlightenment and Education System Is the Path That Leads to It!

Education is like that one branch in a tree that may look like any other branch and yet it functions as the most important one. Without it, the tree would lose its strength, beauty, and support. Similarly, education plays a

Our Daughters Do Not Come with A Price Tag!

“We are absolutely ready to accept and welcome your daughter into our family with our open hearts, but what about the gifts? Well, we need at least a car! Our extraordinary son deserves this to the minimum.” All of us

The Battle of Freedom !!!

For the last couple of days, we all have been witnessing the horrific chain of events unfolding in Afghanistan. We all know who and what the Taliban are! And with them back in power, the situation in Afghanistan has become

When we are young, we end up spending most of our time in our respective schools. We even address them as our second home. This means that for any school-going child, the environment in their school is as important

In the last decade if there is one word that has become ten times popular and widespread, then it is “feminism”. This is the debate of today but what do you mean by it? If you ask 10 different people

The Young Minds Need Wings to Fly; They Always Know Their Destination!

“So what are you going to pursue? Engineering or medical?” For most of the people who have crossed the class 12 mark, this is one of those questions which has been asked quite frequently. If the people who are 20

Prevention Is Always Better Than Cure!

It’s been almost one and a half years since we have been dealing with the covid crisis in our country. From a continuous lockdown for 3 long months to the second wave hitting earlier this year and the

Purnkuti distributed medical kits at Manhar in Bihar as the fight against the pandemic continues. We are grateful for your support and love to the affected

Purnkuti has been packaging and distributing medical kits and other essentials, to people in need in Budhwar Peth at Pune. Purnkuti has expanded their efforts to reach those who desperately need our help

In continuation of the COVID-19 Relief Support for the marginalised communities and Healthcare Professionals, we have handed over Medical Kits to the underprivileged. Purnkuti expresses its gratitude to all the donors. Purnkuti distributed Medical Kits at Vadgoanshery, Pune

Ration kits were distributed to transgenders and Lavani dancers.

“Transgenders are an interal part of society. During Covid-19, they have also suffered a lot financially and it was our duty to help them. Earlier, also the ration was distributed among the transgenders,” added Sneha Bharti. Recently, Ration kits

On the occasion of India’s 75th year of Independence, Purnkuti distributed ration kits to old and underprivileged individuals at Yerwada slum in Pune.

Millions of poor labourers who have lost their livelihood and are struggling to access food and rations for their families .Purnkuti distributed ration kits at Vadgoanshery slum in Pune.

The destructive floods have swept through entire coastal and agricultural villages causing the deaths of more than 300 people, cutting off supplies of food, water and power, and affecting livelihoods, agriculture and tourism.Purnkuti distributed kits at Panchgachia in Bihar

!!Distributed kits at Bhikhanpura in Bihar!!

In a period where all hope is lost, we're hoping to bring some happy faces around.Purnkuti distributed kits at Bhikhanpura in Bihar with areas affected with floods

As the pandemic continues to torment livelihoods, it's crucial to give back to the people in their time of need. During this dreaded period, the only hope we have is to stand united. By doing so, we're capable

The children the ones who suffered the most. They are hungry, malnourished and vulnerable to diseases. Our aim is not to let any child sleep hungry. We are working together to make a difference. The children are our future and